After last week’s SVP conference I took part in the field trip to look at the Late Cretaceous of the Kaiparowits Plateau, Grand Staircase-Escalante National Monument in Utah. Trip leaders Alan Titus from the GS-ENM, Dr. Scott Sampson from the Utah Museum of Natural History, and Dr. David Gillette from the Museum of Northern Arizona organized a great trip and deserve a hearty pat on the back.

The Grand Staircase-Escalante National Monument has some of the most jaw-droppingly beautiful badlands I've ever seen, and I've seen a lot. Because much of it is still unexplored almost every new dinosaur find is a new species -- incredible!

Below are some photos from the trip. Enjoy! 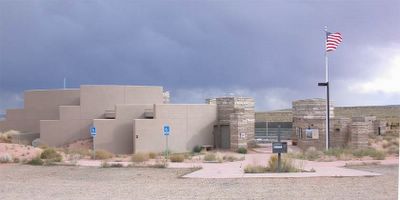 The interpretive center at Bigwater. The building is shaped like an ammonite but this is only visible from the air. 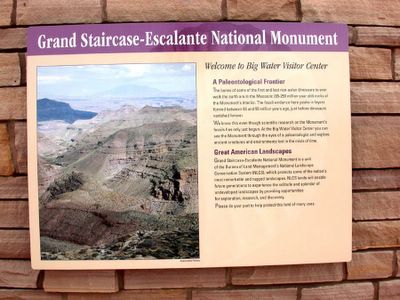 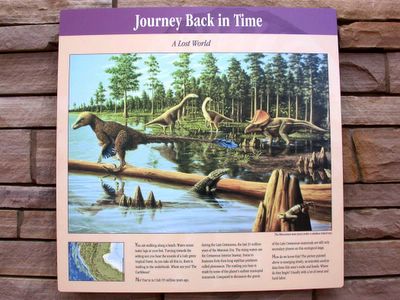 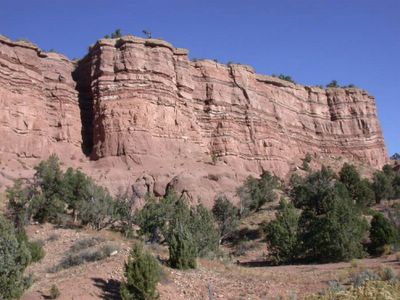 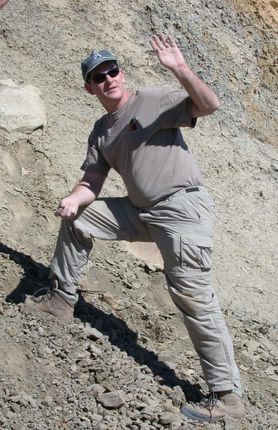 Scott Sampson explains it all. 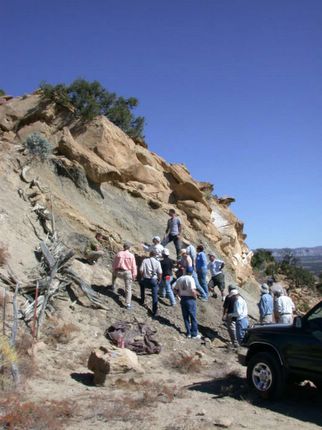 Mike Getty from the Utah Museum of Natural History & Alan Titus give a tour of a hadrosaur specimen in the Wahweap Formation. 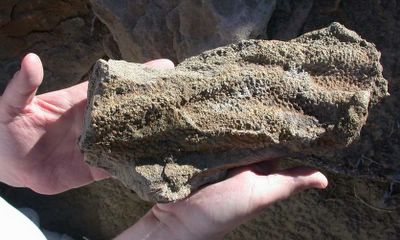 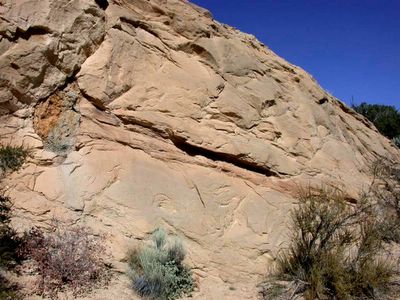 A fossilized tree in the Wahweap Fm. The root ball is at the left and the tree is pointing down the palaeostream. 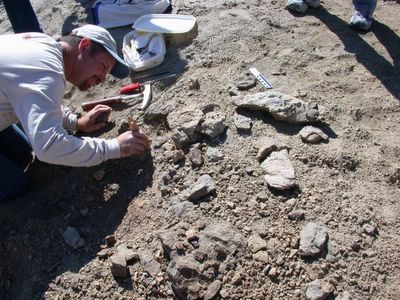 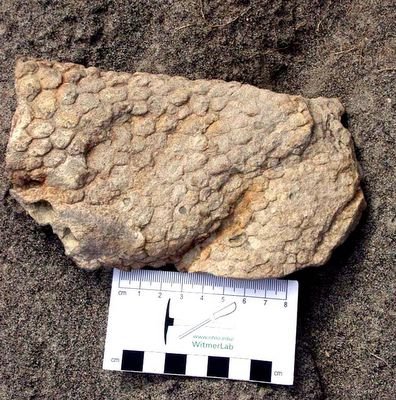 Some of the skin impression that Alan uncovered. Note that Larry Witmer's business card can double as a scale bar when flipped over -- a nifty idea! 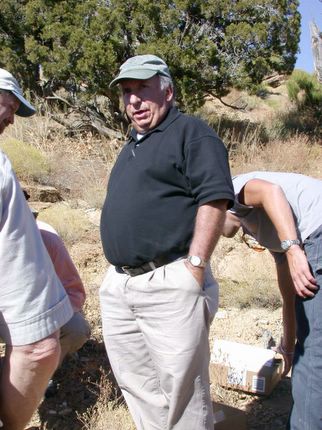 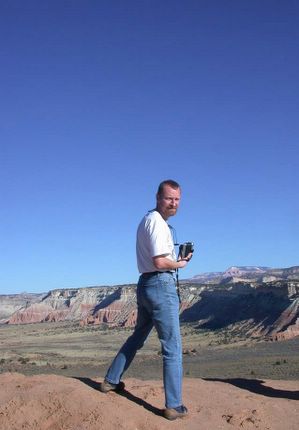 Dr. Don Henderson from the University of Calgary. 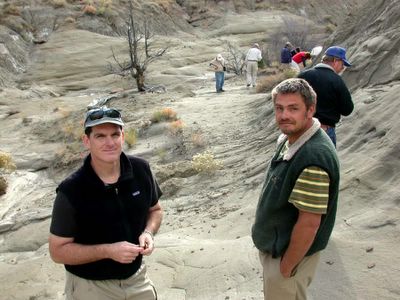 Scott Sampson and Mike Getty at a microsite. One of the best parts of the trip was the opportunity to get caught up with Scott & Mike after much too long a time.