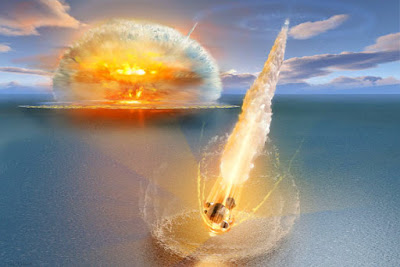 Scientists in Sweden have found two craters south of the city of Östersund with diameters of 7.5 and 0.7 kms. The two meteorite impacts occurred at the same time, 458 million years ago.

“From studies of meteorites, we know that a large disruption of an asteroid occurred around 470 million years ago in the asteroid belt between Mars and Jupiter.”

“This disruption spawned large amounts of asteroid debris and dust, some of which entered Earth-crossing orbits, resulting in an increase of two orders of magnitude in the influx of smaller fragments to Earth; the influx lasted for a couple of million years.” From Sci News