A microraptorine (Dinosauria–Dromaeosauridae) from the Late Cretaceous of North America. 2009. N. R. Longrich and P. J. Currie, published in the March 16 advanced online edition of the Proceedings of the National Academy of Sciences 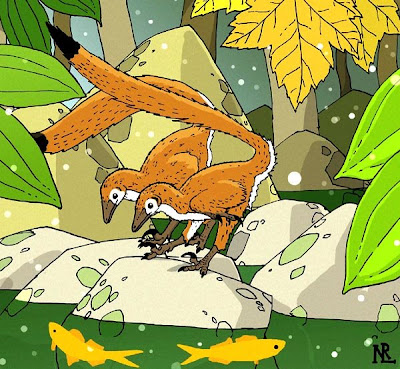 Researchers have discovered the smallest dinosaur species on the continent to date. Their work is also helping re-draw the picture of North America’s ecosystem at the height of the dinosaur age 75 million years ago. 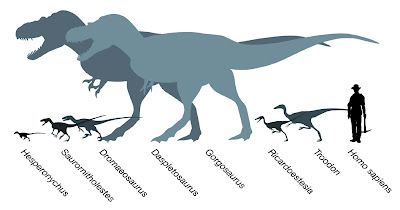 Nick Longrich and Philip Currie describe a new genus of carnivorous dinosaur that was smaller than a modern housecat and likely hunted insects, small mammals and other prey through the swamps and forests of the late Cretaceous period in southeastern Alberta, Canada.

Weighing approximately two kilograms and standing about 50 centimetres tall, Hesperonychus elizabethae resembled a miniature version of the famous bipedal predator Velociraptor, to which it was closely related. Hesperonychus ran about on two legs and had razor-like claws and an enlarged sickle-shaped claw on its second toe. It had a slender build and slender head with dagger-like teeth. 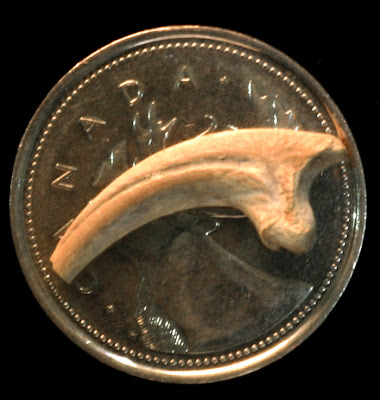 Fossilized remains of Hesperonychus, which means “western claw,” were collected in 1982 from several locations including Dinosaur Provincial Park. The most important specimen, a well-preserved pelvis (below), was recovered by late Alberta paleontologist Elizabeth (Betsy) Nicholls, after which the species is named. 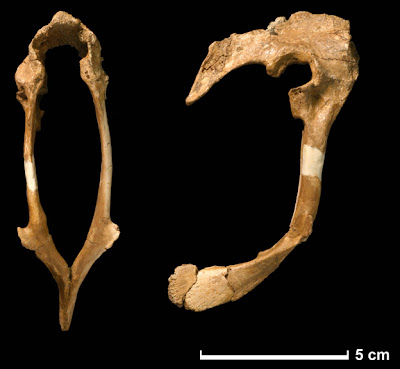 “Hesperonychus is currently the smallest dinosaur known from North America. But its discovery just emphasizes how little we actually know, and it raises the possibility that there are even smaller ones out there, waiting to be found,” said Nick Longrich.
Posted by Michael J. Ryan, Ph.D. at 4:33 PM