The Evolution of Gills & Limbs

The skeleton of any appendage off the body of an animal is probably patterned by the developmental genetic program that has been traced back to formation of gills in sharks.

A dearth of fossils prevents us from definitely concluding that fins evolved from gills -- nevertheless, this research shows that the genetic architecture of gills, fins and limbs is the same.

The research also showed for the first time that the gill arch skeleton of embryonic skates (a living relative of sharks that has gill rays) responds to treatment with the vitamin A derivative retinoic acid in the same way a limb or fin skeleton does: by making a mirror image duplicate of the structure as the embryo develops. According to the researchers, the genetic circuitry that patterns paired appendages (arms, legs and fins) has a deep evolutionary origin that actually predates the origin of paired appendages themselves. 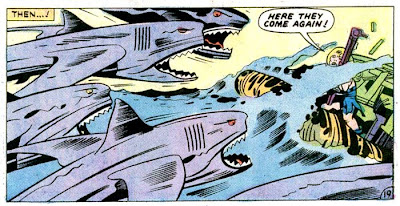 The deep structural, functional, and regulatory similarities between paired appendages and developing gill rays, as well as the antiquity of gills relative to paired appendages, suggest that the signaling network that is induced by retinoic acid had a patterning function in gills before the origin of vertebrate appendages, the research concludes. And this function has been retained in the gill rays of living cartilaginous fishes. link 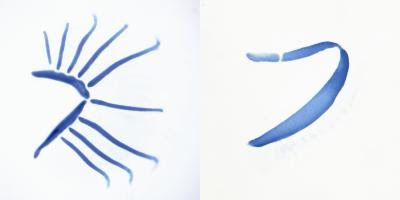 The shark arch gill skeleton (left) shows primitive gill rays that are found only in sharks and other cartilaginous fishes. The gills of other fishes (right) are also arched but lack gill rays. This primitive feature of sharks allowed the researchers to link the developmental genetic program for fins and limbs to the more primitive one for gill rays.Image by J.A. Gillis, U of Chicago