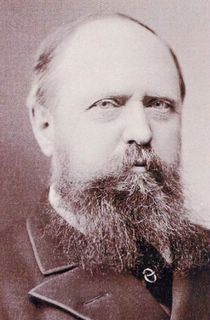 Marsh and Cope started their careers on a cordial basis, but the relationship soon soured over an incident involving Cope's fossil of Elasmosaurus. Embarassingly, Marsh pointed out that its backbones were mounted backwards. To settle the arguement the men agreed to let Joseph Leidy decide who was right. Leidy promptly removed the head from one end and placed it on what Cope had thought was the tail. Cope than frantically tried to collect all of the copies of a recently printed publication that contained his erroneous reconstruction.

Yes, a repost from 2005. On the plus side the tendonitis is getting better so I'm keeping my fingers crossed for posting again at a more regular pace once I'm back in Cleveland at the end of the month.