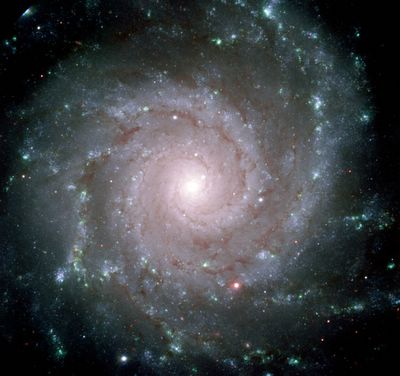 The American Astronomical Society Council has endorsed a statement (below) supporting the teaching of evolution in K-12 schools and pointing out that so-called "Intelligent Design" is not a valid scientific theory.

A PDF version of the statement with supporting references and
links to useful supporting information is now available on the AAS
web page, www.aas.org.

American Astronomical Society Statement on the Teaching of Evolution

The American Astronomical Society supports teaching evolution in our nation's K-12 science classes. Evolution is a valid scientific theory for the origin of species that has been repeatedly tested and verified through observation, formulation of testable statements to explain those observations, and controlled experiments or additional observations to find out whether these ideas are right or wrong. A scientific theory is not speculation or a guess -- scientific theories are unifying concepts that explain the physical universe.

Astronomical observations show that the Universe is many billions of years old (see the AAS publication, An Ancient Universe, cited below), that nuclear reactions in stars have produced the chemical elements over time, and recent observations show that gravity has led to the formation of many planets in our Galaxy. The early history of the solar system is being explored by astronomical observation and by direct visits to solar system objects. Fossils, radiological measurements, and changes in DNA trace the growth of the tree of life on Earth. The theory of evolution, like the theories of gravity, plate tectonics, and Big Bang cosmology, explains, unifies, and predicts natural phenomena. Scientific theories provide a proven framework for improving our understanding of the world.

In recent years, advocates of "Intelligent Design," have proposed teaching "Intelligent Design" as a valid alternative theory for the history of life. Although scientists have vigorous discussions on interpretations for some aspects of evolution, there is widespread agreement on the power of natural selection to shape the emergence of new species. Even if there were no such agreement, "Intelligent Design" fails to meet the basic definition of a scientific idea: its proponents do not present testable hypotheses and do not provide evidence for their views that can be verified or duplicated by subsequent researchers.

Reference Cited:
The Ancient Universe: How Astronomers Know the Vast Scale of Cosmic Time. Published by the American Astronomical Society. It is also available as a PDF on the Society's webpages by clicking HERE.
Image from HERE.
Posted by Michael J. Ryan, Ph.D. at 1:22 PM