Richard Dixon Oldham (July 31, 1858 – July 15, 1936) was an Irish geologist and seismologist who discovered evidence for the existence of the Earth's liquid core in 1906.

In studying seismograms of the great 1897 Indian Earthquake he identified P (primary) and S (secondary) waves. It is interesting that he did not get a clue to the presence of the core from the S waves, which are actually incapable of being transmitted through the liquid of the outer core. (The liquid core does not transmit the shear wave energy released during an earthquake.)

Rather he noted the existence of a shadow zone in which P waves from an earthquake in the opposite hemisphere of the earth failed to appear. From Today in Science History 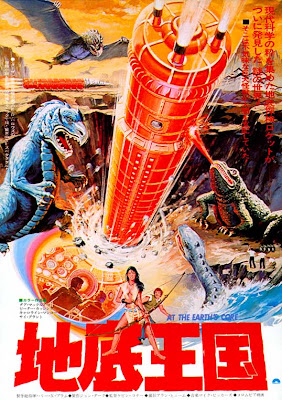 Japanese poster for At The Earth's Core. 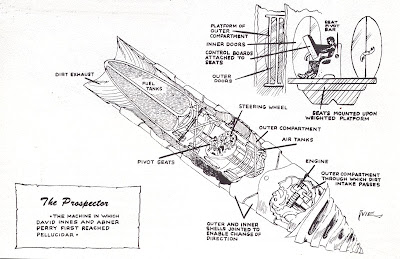 How to get there.