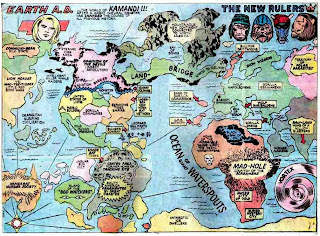 The new findings show that 2,700 million years ago relatively large landmasses emerged from the oceans that were exposed to weathering and erosion by the sun, wind and rain.

Dr. Hoffmann: "The isotope Hafnium 176 in contrast to its counterpart Neodymium 143 was transported by means of weathering into the oceans and became part of iron-rich sediments on the sea floor 2,700 million years ago. link
Posted by Michael J. Ryan, Ph.D. at 10:31 AM