The Junk In The Trunk of T. rex

The Tail of Tyrannosaurus: Reassessing the Size and Locomotive Importance of the M. caudofemoralis in Non-Avian Theropods. 2010. W. S. Persons and P.J. Currie. The Anatomical Record, published online: Nov. 12.

T. rex's rear end has been given a makeover by University of Alberta graduate student Scott Persons. His extensive research shows that powerful tail muscles made the giant carnivore one of the fastest moving hunters of its time.

As Persons says, "contrary to earlier theories, T. rex had more than just junk in its trunk." 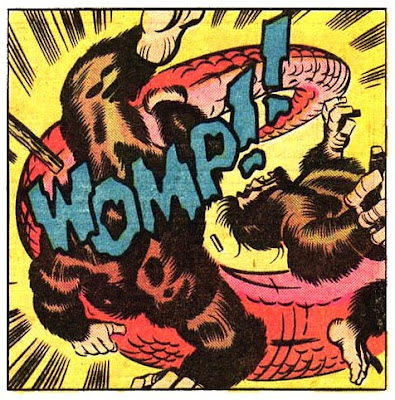 The tails of both T.rex and modern animals are given their shape and strength by rib bones attached to the vertebrae. Persons found that the ribs in the tail of T. rex are located much higher on the tail. That leaves much more room along the lower end of the tail for the caudofemoralis muscles to bulk-up and expand. Without rib bones to limit the size of the caudofemoralis muscles, they became a robust power-plant enabling T.rex to run.

Persons extensive measurements of T.rex bones and computer modeling shows previous estimates of the muscle mass in the dinosaur's tall were underestimated by as much as 45 per cent.

That led many earlier T. rex researchers to believe the animal lacked the necessary muscle mass for running which in turn limited its hunting skills. That lack of speed cast T. rex in the role of a scavenger only able to survive by feeding on animals killed by other predators.

As for an T. rex's exact speed, researchers say that is hard to measure, but Persons says it could likely run down any other animal in its ecosystem. link
Posted by Michael J. Ryan, Ph.D. at 7:48 AM