Plant Evolution Caught In The Act 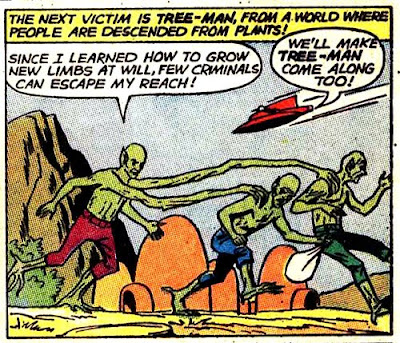 Adventure Comics #371 © DC Comics
Mutations are the raw material of evolution. Charles Darwin already recognized that evolution depends on heritable differences between individuals: those who are better adapted to the environment have better chances to pass on their genes to the next generation. A species can only evolve if the genome changes through new mutations, with the best new variants surviving the sieve of selection.

Scientists wanted to scrutinize the signature of evolution before selection occurs. To this end, they followed all genetic changes in five lines of the mustard relative Arabidopsis thaliana (below) that occurred during 30 generations. In the genome of the final generation they then searched for differences to the genome of the original ancestor. 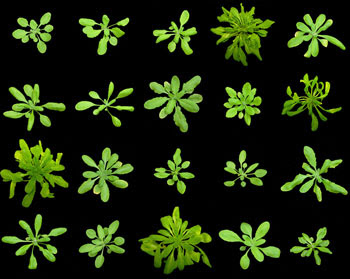 Image: Detlef Weigel
The painstakingly detailed comparison of the entire genome revealed that in over the course of only a few years some 20 DNA building blocks, so called base pairs, had been mutated in each of the five lines. "The probability that any letter of the genome changes in a single generation is thus about one in 140 million," explains Michael Lynch.

To find these tiny alterations in the 120 million base pair genome of Arabidopsis was only possibly because of new methods that allowed us to screen the entire genome with high precision and in very short time.

Apart from the speed of new mutations, the study revealed that not every part of the genome is equally affected. With four different DNA letters, there are six possible changes—but only one of these is responsible for half of all the mutations found.

In addition, scientists can now calculate more precisely when species split up. Arabidopsis thaliana and its closest relative, Arabidopsis lyrata, differ in a large number of traits including size and smell of flowers or longevity: Arabidopsis lyrata plants often live for years, while Arabidopsis thaliana plants normally survive only for a few months. Colleagues had previously assumed that only five million years had passed by since the two species went their separate ways. The new data suggest instead that the split occurred already 20 million years ago. Similar arguments might affect estimates of when in prehistory animals and plants were first domesticated.

The results show that in sufficiently large populations, every possible mutation in the genome should be present. The new findings easily explain why weeds become quickly resistant to herbicides. In a large weed population, a few individuals might have a mutation in just the right place in their genome to help them withstand the herbicide. link
Posted by Michael J. Ryan, Ph.D. at 10:07 AM