Rise of the Pollinators

Researchers have pinpointed a 96-million-year-old timeframe as the turning point in the evolution of basal angiosperm groups when they were predominantly insect-pollinated. The study also is the first to describe the biological structure of pollen clumping in the early Late Cretaceous, which holds clues about the types of pollinators with which they were coevolving. 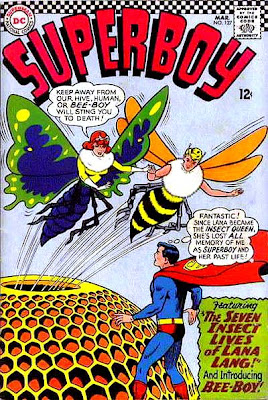 Today, flowers specialized for insect pollination disperse clumps of five to 100 pollen grains. Clumped grains are comparatively larger and have more surface relief than wind- or water-dispersed pollen, which tend to be single, smaller and smoother.

The study provides strong evidence for the widely accepted hypothesis that insects drove the massive adaptive radiation of early flowering plants when they rapidly diversified and expanded to exploit new terrestrial niches. Land plants first appear in the fossil record about 425 million years ago, but flowering plants didn't appear until about 125 million years ago in the Early Cretaceous period.

The nine species of fossil pollen clumps, combined with known structural changes occurring in flowering plants at this time, led the researchers to suggest that insect pollination was well established by the early Late Cretaceous -- only a few million years before the explosion in diversity and distribution of flowering plant families. Known structural changes include early prototypes of stamen and anther, plant organs which lift pollen up and away from the plant, positioning the plants' genetic material to be passed off to visiting insects.
Posted by Michael J. Ryan, Ph.D. at 9:28 AM