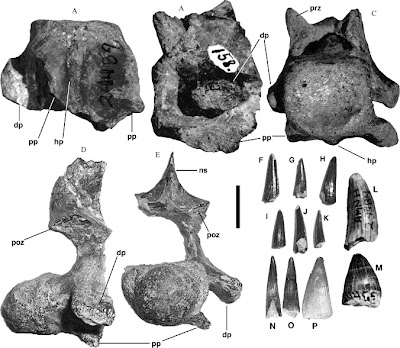 Abstract: Fragmentary fossils from northwestern Puerto Rico document the existence of crocodyliforms during the Late Oligocene and Early Miocene. The remains are insufficient to establish new named species, but they are inconsistent with any other crocodylian known from the western hemisphere during the Cenozoic, including extant Alligator and Crocodylus.

They are thus consistent with the hypothesis that Crocodylus is a comparatively recent immigrant into the West Indies and suggest that, as with Australasia and Africa, the Antilles hosted an endemic clade of crocodylians during the Tertiary, later replaced by Crocodylus.
Posted by Michael J. Ryan, Ph.D. at 12:52 PM