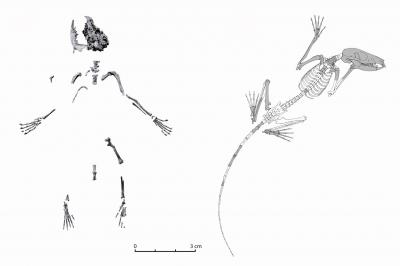 An extensive evaluation of skeletal structures provides evidence that plesiadapiforms, a group of archaic mammals once thought to be more closely related to flying lemurs, are the most primitive primates.

At least five major features characterize modern primates: relatively large brains, enhanced vision and eyes that face forward, a specialized ability to leap, nails instead of claws on at least the first toes, and specialized grasping hands and feet. Plesiadapiforms have some but not all of these traits. The article argues that these early primates may have acquired the traits over 10 million years in incremental changes to exploit their environment.
Posted by Michael J. Ryan, Ph.D. at 5:36 PM