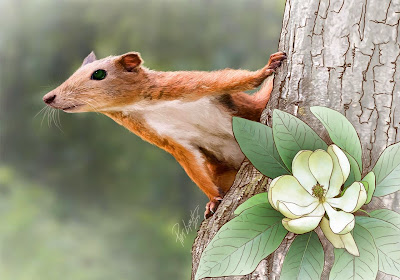 A new study has found that Purgatorius, a small mammal that lived on a diet of fruit and insects, was a tree dweller. Paleontologists made the discovery by analyzing 65-million-year-old ankle bones collected from sites in northeastern Montana.

Purgatorius, part of an extinct group of primates called plesiadapiforms, first appears in the fossil record shortly after the extinction of non-avian dinosaurs. Until now, paleontologists had only the animal's teeth and jaws to examine. The discovery of Purgatorius ankle bones have given researchers a better sense of how it lived.

The ankle bones would have allowed Purgatorius to rotate feet accordingly to grab branches while moving through trees. In contrast, ground-dwelling mammals lack these features and are better suited for propelling themselves forward in a more restricted, fore-and-aft motion."