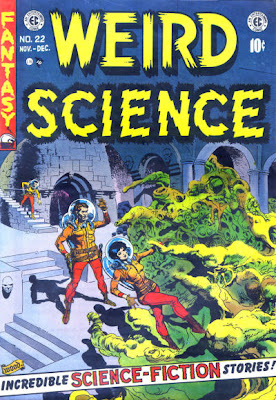 New evidence has resolved the mysterious identity of one of the weirdest organisms that ever lived. Prototaxites has generated controversy for more than a century. Originally classified as a conifer, scientists later argued that it was instead a lichen, various types of algae or a fungus. Whatever it was, it stood in tree-like trunks more than 20 feet tall, making it the largest-known organism on land in its day.

The organism is a fungus.

Prototaxites lived worldwide from approximately 420 million to 350 million years ago. During this period, which spans part of the Silurian and Devonian periods of geologic time, terrestrial Earth looked quite alien in comparison to the modern world.

Millipedes, wingless insects and worms were among the other organisms making a living on land by then, but no backboned animals had yet evolved out of the oceans.

Canadian paleontologist Charles Dawson published the first research on Prototaxites in 1859, based on specimens found along the shores of Gaspé Bay in Quebec, Canada.
Posted by Michael J. Ryan, Ph.D. at 1:29 PM