Abstract [edit]: Some vertebrates, including all birds and most reptiles, but excluding most mammals, have scleral cartilages as well as scleral ossicles supporting their eyes. The teleost equivalent of these elements has received little attention in the literature.

From radiographic and whole-mount analyses of over 400 individuals from 376 teleost species, we conclude that the teleost scleral skeletal elements (ossicles and cartilage) differ significantly from those of reptiles (including birds). 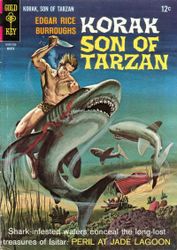 Scleral ossicles in teleosts have different developmental origins, different positions within the eyeball, and different relationships with the scleral cartilaginous element than those in reptiles.

From whole-mount staining of a growth series of four species of teleost (Danio rerio, Salmo salar, Esox lucius, and Alosa pseudoharengus), we interpret the development of these elements and show that they arise from within an Alcian blue-staining cartilaginous ring that develops around the eye earlier in development. We present possible scenarios on the evolution of these scleral skeletal elements from a common gnathostome ancestor, and consider that teleost scleral skeletal elements may not be homologous to those in reptiles. Our study indicates that homology cannot be assumed for these elements, despite the fact that they share the same name, scleral ossicles. Korak

Dr. Franz-Odendaal will be visiting the CMNH Collections to continue her research on scleral ossicles in fossil fish.
Posted by Michael J. Ryan, Ph.D. at 11:08 AM